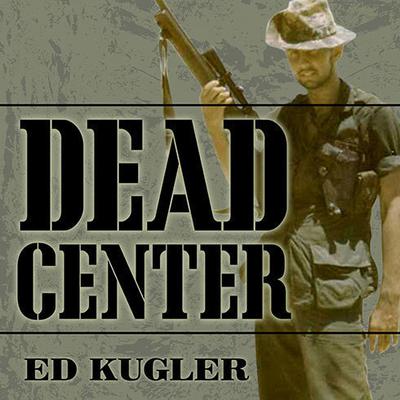 Raw, straightforward, and powerful, Ed Kugler's account of his two years as a Marine scout-sniper in Vietnam vividly captures his experiences there—the good, the bad, and the ugly. After enlisting in the Marines at seventeen, then being wounded in Santo Domingo during the Dominican crisis, Kugler arrived in Vietnam in early 1966.
As a new sniper with the 4th Marines, Kugler picked up bush skills while attached to 3d Force Recon Company, and then joined the grunts. To take advantage of that experience, he formed the Rogues, a five-sniper team that hunted in the Co Bi-Than Tan Valley. His descriptions of long, tense waits, sudden deadly action, and countersniper ambushes are fascinating.
In Dead Center, Kugler demonstrates the importance to a sniper of patience, marksmanship, bush skills, and guts—while underscoring exactly what a country demands of its youth when it sends them to war.

Ed Kugler served two tours in Vietnam as a sniper and sergeant with the 4th Marines in I Corps. He is the recipient of two Purple Hearts and the Vietnamese Cross of Gallantry. He is the author of A Dozen Things I Learned about Life as a Marine Sniper in Vietnam. He lives with his wife and their family in Spring, Texas.