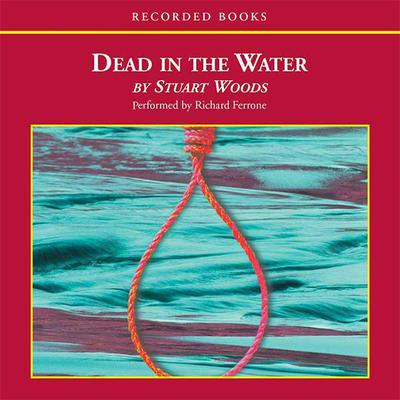 Dead in the Water

Stuart Woods' talent for creating best-sellers with suspenseful plot twists and fast-paced action has made him a well-known author both here and abroad. Dead in the Water joins Dirt and Choke as one of his suspenseful novels of murder, romance, and greed. Ex-cop attorney Stone Barrington, vacationing on the beautiful Caribbean island of St. Marks, witnesses the arrest of a beautiful young woman as she sails her yacht into the harbor. It seems that her famous writer-husband has disappeared somewhere between here and the other side of the Atlantic, and she is about to be tried for his murder. For some unknown reason, Sir Winston, the island's minister of justice, is in a hurry to get the death sentence for Mrs. Manning. Stone, whose interest in his client is more than merely professional, may be all that stands between her and a hangman's noose. Richard Ferrone's superb narration is an added bonus to this entertaining page-turner. His masterful acting perfectly underlines the growing mystery and suspense.