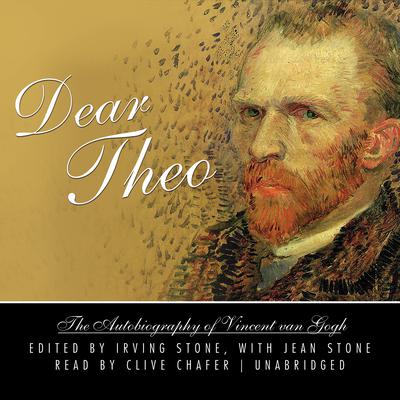 Each night, when the hours of painting and drawing were over, Vincent van Gogh put pen to paper and poured out his heart through letters to his beloved brother Theo, his confidant and companion. No thought was too small, no element of his craft too insignificant, no happening too trivial. It was all scrupulously recorded and shared. In these letters, Van Gogh reveals himself as artist and man. Even more than if he had purposely intended to tell his life story, Van Gogh’s letters lay bare his deepest feelings, as well as his everyday concerns and his views of the world of art. Irving Stone has edited the letters of Vincent in such a way as to retain every line of beauty, significance, and importance. “It is my humble opinion that Vincent was as great a writer and philosopher,” Stone says, “as he was a painter.”

“An extraordinary book…and a great one.” —New York Times
“A great book, the greatness of a man in his own words.” —Nation

Vincent van Gogh (1853–1890) was a Dutch post-Impressionist painter whose work, notable for its rough beauty, emotional honesty, and bold color, had a far-reaching influence on twentieth-century art. Van Gogh spent his early adulthood working for a firm of art dealers, traveling between The Hague, London, and Paris, after which he taught for a time in England. He painted his first major work, The Potato Eaters, in 1885, and after moving to the south of France, he developed the unique and highly recognizable style that became fully realized by 1888. Although he painted around nine hundred works in ten years, he was plagued by bouts of mental illness and ultimately took his own life in 1890.