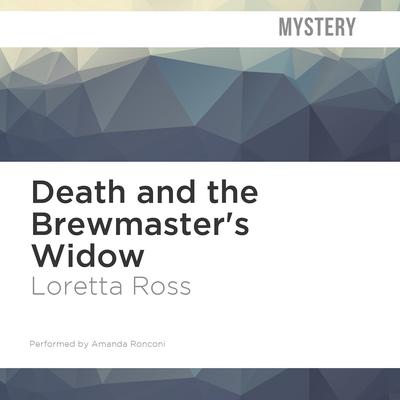 Death and the Brewmaster's Widow

When firefighter Randy Bogart perishes in the arson fire at an abandoned brewery known as the Brewmaster's Widow, Death Bogart and his girlfriend Wren Morgan travel to St. Louis, Missouri, to find closure. They discover that Randy left his badge behind at the firehouse before going to the brewery. But the coroner finds another badge on Randy's body, leaving Death and Wren with more questions than answers.

Desperate to know what really happened, Death and Wren begin to investigate. Their digging leads to a connection between Randy's death and the mysterious Cherokee Caves once used by 19th-century beer barons. But the Brewmaster's Widow is jealous of her secrets. Prying them loose could cost Death and Wren their lives.

Loretta Ross earned her BA in art history and archaeology from the University of Missouri—Columbia. Death and the Redheaded Woman was her debut novel.