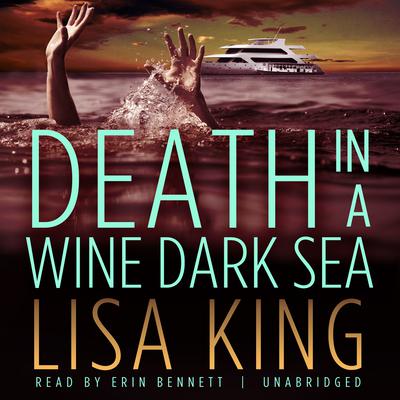 Death in a Wine Dark Sea

Imagine a sophisticated thirty-two-year old Nancy Drew who has a career as a wine magazine writer, is not interested in monogamy, and has the kind of sex appeal only an independent woman can possess. Meet Jean Applequist.

Though she despises the groom, Jean boards an elegant yacht in San Francisco Bay for the wedding of her good friend Diane and wealthy real estate developer Martin Wingo. But things go terribly wrong, the evening ending in tragedy rather than celebration when, after exchanging vows, Wingo disappears into the bay.

Diane asks Jean to investigate Martin’s murder out of fear that the police will uncover too many of his secrets. Jean agrees but discovers it’s not easy to find out who killed a blackmailer and womanizer: the list of potential suspects is long.

Joining forces with the young and geeky Zeppo, Martin’s former assistant, and armed with the details of Martin’s operation, Jean soon finds herself way ahead of the San Francisco homicide detectives—a dangerous place to be.

Jean and Zeppo’s questioning of Martin’s victims elicits strong reactions, from fear to rage to attempted murder, that endanger them both and force Jean to fight for her life—twice.

Lisa King graduated from UC Berkley. She has written for San Francisco magazine and interviewed, among other notable celebrities, Julia Child, who made her lunch. King was Wine Spectator’s first copy editor and wrote a cover story for the magazine on Thomas Jefferson’s love affair with fine wine. As senior editor of Wine Country Living magazine in Sonoma, she determined conclusively, after exhaustive research, that California produces better wine than Virginia. She is currently a magazine editor in Southern California. She has three children, four cats, and a bad dog.