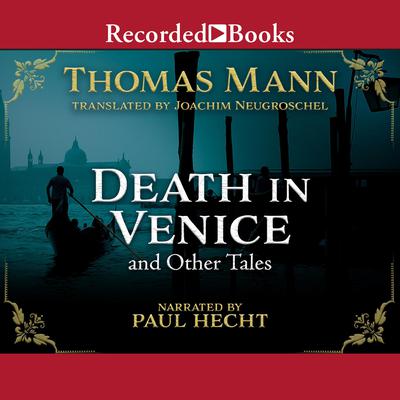 Death in Venice and Other Tales

Joachim Neugroschel's brilliant new translation lets you enjoy the work of Nobel-Laureate Thomas Mann as never before. By using creative, contemporary language, Neugroschel reinterprets Mann for modern English-speaking readers. The author's superb literary craftsmanship, his psychological insight, and the deeply erotic content of his work shine forth in this definitive English-language version of some of his most celebrated short works. This collection features the world masterpiece Death in Venice, with its controversial passages now restored. You will find fresh relevance in the story of an aging writer's uncontrollable and humiliating passion, and the other poignant tales included here. These works subtly explore the great themes of Mann's fiction-his mythic fascination with sexual inhibition and artistic creativity. This translation, with its recreation of the intricate rhythms of the author's language, virtually sings in an audio format. Paul Hecht's lyrical narration makes the music and meaning of Mann's writing more accessible than ever to modern ears.

Thomas Mann was born in 1875 in Germany. He was only twenty-five when his first novel, Buddenbrooks, was published. In 1924 The Magic Mountain was published, and, five years later, Mann was awarded the Nobel Prize for Literature. Following the rise of the Nazis to power, he left Germany for good in 1933 to live in Switzerland and then in California, where he wrote Doctor Faustus. Thomas Mann died in 1955.