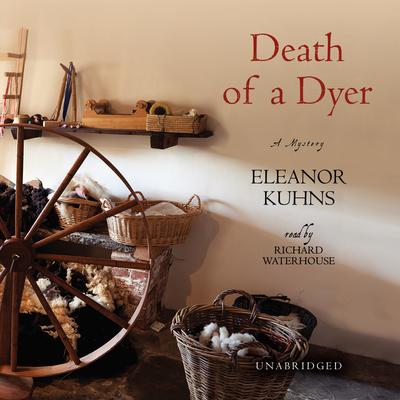 Death of a Dyer

The Will Rees Series: Book 2

Will Rees feels at home. It's been a long time since he last felt this way—not since before his wife died more than five years ago and he took to the road as a traveling weaver. Now Rees is back on his farm, living with his teenaged son, David, and his housekeeper, Lydia—whose presence contributes more towards his happiness than he's ready to admit. But his domestic bliss is shattered the morning a visitor brings news of an old friend's murder.

Nate Bowditch and Rees hadn't spoken in many long years, but as children they were closer than brothers, and Rees feels his loss acutely. Asked to look into the circumstances surrounding Nate's death, Rees simply can't refuse. At the Bowditch farmstead, Rees quickly discovers that everyone—from Nate's frosty wife to his missing son to the shy serving girl—is hiding something. But are any of them actually capable of murder? Or does the answer lie elsewhere, behind stones no one even knew needed un-turning?

Death of a Dyer once again proves Eleanor Kuhns' remarkable ability to spin a captivating story and capture the light and darker sides of human nature on the page.

“Kuhns creates a marvelously chilly atmosphere throughout this suspense tale about seemingly upright people guarding evil secrets. Rees, the weaver, is a wonderful creation.” —Booklist (starred review)
“Absorbing…[Kuhns’] finely done historical makes frontier Maine come alive.” —Library Journal
“Well-constructed…Kuhns does a good job integrating the political developments of the time into the storyline, especially the Fugitive Slave Act of 1793, and delivers a logical and surprising solution to this traditional whodunit.” —Publishers Weekly
“Offers a sensitive look into matters of the heart woven into a nifty puzzle.” —Kirkus Reviews

Eleanor Kuhns is the 2011 winner of the Minotaur Books/Mystery Writers of America First Crime Novel competition. She lives in New York, received her master’s in library science from Columbia University, and is currently the assistant director at the Goshen Public Library in Orange County, New York.