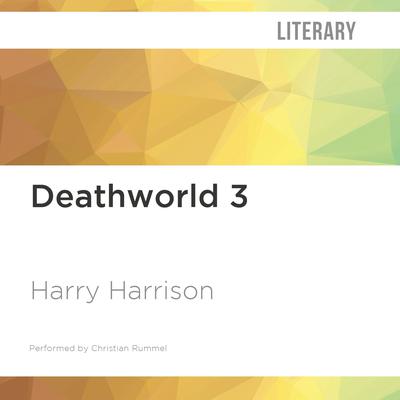 The planet was called Felicity. The name was a joke, except for those compelled to settle there. Inhabiting it were beings bred for thousands of years for a single purpose: to attack and kill. Jason knew this. But he also knew the planet on which he lived was moving toward certain disaster. And Felicity was the only spot in the universe where he and his companions could survive. He thought he had worked out the perfect plan. But what awaited him on Felicity went far beyond his wildest imagining.

Harry Harrison (1925-2012) was drafted into the Army after finishing school and served in World War II, where he learned both to shoot guns and repair analogue computers. Leaving the Army at the end of the war, Harrison teamed up with Wally Wood and produced professional comic book art. When the comic book boom came to an end, Harrison moved from drawing to writing. In 1957 his story, “The Stainless Steel Rat” was published in Astounding, and introduced a character which would stay with him (and readers) for the next forty-odd years. In 1975 Harrison had his first brush with Hollywood when his novel, Make Room! Make Room! was used for the basis of Soylent Green. His novels have also been successfully adapted for other media: radio plays and readings, a board game, at least one computer game, and, taking us full-circle, comic books, most notably 2000AD’s adaptations of the Stainless Steel Rat books.