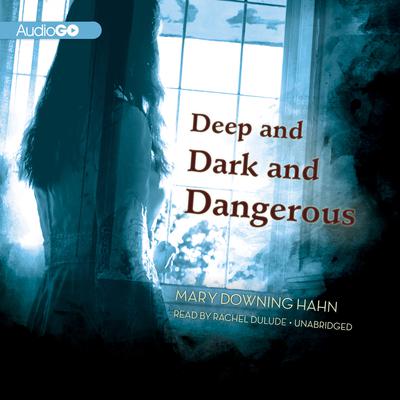 Deep and Dark and Dangerous

Just before summer begins, thirteen-year-old Ali finds an old photograph. She recognizes the two children in it; one's her mother, the other her aunt Dulcie—but who is the third person, the one who's been torn out of the picture? Ali will have two months to figure it out, since she's spending the summer with her aunt and her cousin in the same house her mom and aunt used to visit when they were kids.

Then Ali meets Sissy. Sissy is mean, spiteful, and determined to ruin Ali's summer. Sissy also has a secret. Could it have something to do with the old photo? Ali is dying to find out—though, if she's not careful, that may be exactly what happens to her.

“Hahn offers another eerie, suspenseful ghost story filled with family secrets…the emotional weight of family dynamics and the private burdens of adults might have overwhelmed the ghost story, but Hahn maintains the momentum with scenes that will chill readers as surely as a plunge in cold water.” —Booklist
“Hahn weaves into the story some classic mystery elements such as a torn photograph, a waterlogged doll, dense fog, and an empty grave, all of which add to the suspense and keep the well-plotted story moving along to a satisfying conclusion.” —School Library Journal
“Signature spooky Hahn sends appropriate shivers up the reader’s spine.” —Kirkus Reviews

Mary Downing Hahn, a former children’s librarian, is the award-winning author of many popular ghost stories, including Deep and Dark and Dangerous and The Old Willis Place. An avid reader, traveler, and all-around arts lover, Ms. Hahn lives in Columbia, Maryland, with her two cats, Oscar and Rufus.