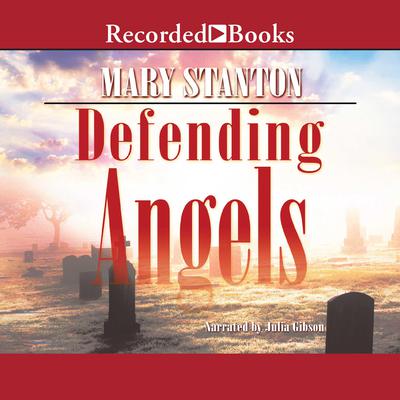 The first in a new series of paranormal mysteries from fan-favorite Mary Stanton, Defending Angels introduces young lawyer Brianna Winston-Beaufort. After taking over her uncle's law practice in the much-haunted city of Savannah, Georgia, Bree is itching for her first case. That is, until she gets an otherworldly phone call from Benjamin Skinner, a local businessman who's just been murdered.

Mary Stanton has been writing professionally most of her adult life. Stanton’s career as a fiction writer began with the publication of her first novel, The Heavenly Horse from the Outermost West. In all, Stanton has written nineteen mystery novels, two adult fantasy novels, eleven novels for middle-grade readers, and three scripts for a television cartoon series, as well as edited three short story anthologies. Her nonfiction articles on horse care and veterinary medicine have appeared in national and regional magazines. She divides her time between a goat farm in upstate New York near the Finger Lakes region and a small home in West Palm Beach.