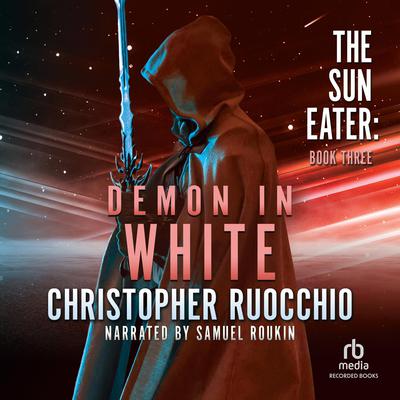 The third novel of the galaxy-spanning Sun Eater series merges the best of space opera and epic fantasy, as Hadrian Marlowe continues down a path that can only end in fire. Hadrian has been serving the Empire in military engagements against the Cielcin, the vicious alien civilization bent on humanity's destruction. After Hadrian and his Red Company achieve a great victory, a cult-like fervor builds around him. However, pressures within the Imperial government scared of his rise to prominence result in an assassination attempt, luckily thwarted. With the Empire too dangerous to stay, Hadrian and his crew leave for a massive library on a distant world. There, he finds the next key to unlocking the secrets of the Quiet: a set of coordinates for their origin planet, unnamed and now lifeless. Hadrian's true purpose in serving in the military was to aid his search of a rumored connection between the first Emperor and the Quiet, the ancient, seemingly long-dead race linked to so many of Hadrian's extraordinary experiences. Will this mysterious lost planet have the answers?

Christopher Ruocchio could read almost before he could speak, and so when he realized he would never be an astronaut, he decided to be a novelist. He began writing when he was eight years old, and sold his first novel at twenty-two. He is also the assistant editor at Baen Books and a graduate of North Carolina State University.