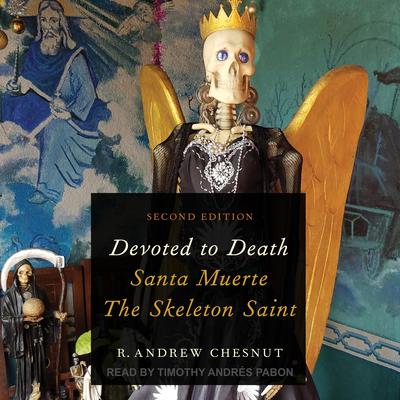 R. Andrew Chesnut offers a fascinating portrayal of Santa Muerte, a skeleton saint whose cult has attracted millions of devotees over the past decade. Although condemned by mainstream churches, this folk saint's supernatural powers appeal to millions of Latin Americans and immigrants in the US. Devotees believe the Bony Lady (as she is affectionately called) to be the fastest and most effective miracle worker, and as such, her statuettes and paraphernalia outsell those of the Virgin of Guadalupe and Saint Jude, two other giants of Mexican religiosity.

In particular, Chesnut shows Santa Muerte has become the patron saint of drug traffickers, playing an important role as protector of peddlers of crystal meth and marijuana; DEA agents and Mexican police often find her altars in the safe houses of drug smugglers. Yet Saint Death plays other important roles: she is a supernatural healer, love doctor, money-maker, lawyer, and angel of death. She has become without doubt one of the most popular and powerful saints on both the Mexican and American religious landscapes.