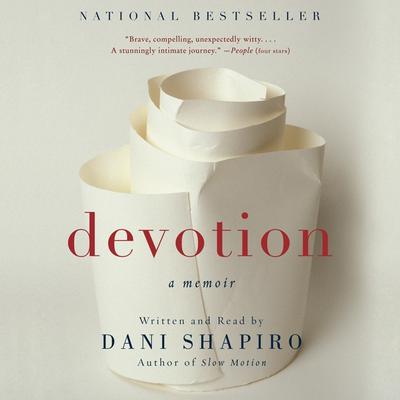 An Indie Next Notable Title, March 2010

In her midforties and settled into the responsibilities and routines of adulthood, Dani Shapiro found herself with more questions than answers. Was this all life was—a hodgepodge of errands, dinner dates, e-mails, meetings, to-do lists? What did it all mean?

Having grown up in a deeply religious and traditional family, Shapiro had no personal sense of faith, despite repeated attempts to create a connection to something greater. Feeling as if she was plunging headlong into what Carl Jung termed "the afternoon of life," she wrestled with self-doubt and a searing disquietude that would awaken her in the middle of the night. Set adrift by loss—her father's early death; the life-threatening illness of her infant son; her troubled relationship with her mother—she had become edgy and uncertain. At the heart of this anxiety, she realized, was a challenge: What did she believe? Spurred on by the big questions her young son began to raise, Shapiro embarked upon a surprisingly joyful quest to find meaning in a constantly changing world. The result is Devotion: a literary excavation to the core of a life.

In this spiritual detective story, Shapiro explores the varieties of experience she has pursued—from the rituals of her black hat Orthodox Jewish relatives to yoga shalas and meditation retreats. A reckoning of the choices she has made and the knowledge she has gained, Devotion is the story of a woman whose search for meaning ultimately leads her home. Her journey is at once poignant and funny, intensely personal—and completely universal.

“Dani Shapiro takes readers on an intense journey in search of meaning and peace. Her story of hope is eloquently told and unflinchingly honest.” —Jeannette Walls, New York Times bestselling author
“[An] impeccably structured spiritual odyssey…funny and unpretentious, concrete and earthy, appealing to skeptics and believers alike. This is a gripping, beautiful story.” —Jennifer Egan, New York Times bestselling author
“Brave, compelling, unexpectedly witty…A stunningly intimate journey.” —People (4 stars)
“What makes Devotion most compelling is its willingness to explore the elusiveness of certainty.” —Time
“With Devotion, Shapiro joins [the] ranks of…Kathleen Norris’ Cloister Walk, Anne Lamott’s Traveling Mercies, and, of course, Elizabeth Gilbert’s Eat, Pray, Love.” —New York Times Book Review
“In one sense, Dani Shapiro’s slightly tardy midlife crisis began with her young son’s prodding questions about God and other ominous subjects. In another, it had been festering ever since childhood. Her personal search for core beliefs led her back into the wisdom of her Jewish roots and forward into meditation retreats and Eastern religions. For counsel, she sought counsel from a rabbi, a yogi, and a Buddhist monk…A fine choice for spiritually minded women.” —Barnes&Noble.com, editorial review
“The one book that anyone over, say, thirty-five needs to read right now.” —Huffington Post
“Absorbing, intimate, direct, and profound, Shapiro’s memoir is a satisfying journey that will touch fans and win her plenty of new ones.” —Publishers Weekly (starred review)
“Shapiro’s journey is a deeply reflective one, and her struggles are as complex as they are insightful, philosophical, and universally human.” —Booklist
“A deeply self-reflective, slow-moving memoir about the longing for spirituality…In short, Shapiro recognized that the sacred can be found in the familiar and everyday. There is much pretty writing here, taking cues from the limpid prose of Annie Dillard and Thoreau, as well as a winning candor and self-scrutiny. Measured, protracted prose leads this affecting journey.” —Kirkus Reviews

Dani Shapiro is the author of four memoirs and several novels. Her writing has appeared in such publications as the New Yorker, Granta, Elle, Vogue, and O, The Oprah Magazine, and she is a contributing editor at Condé Nast Traveler. She has taught in the writing programs at Columbia, New York University, The New School, and Wesleyan University, and she is co-founder of the Sirenland Writers Conference in Positano, Italy.