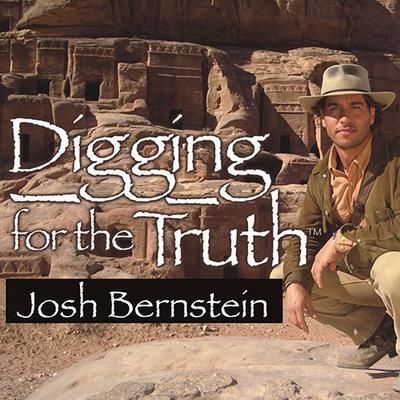 Digging For the Truth: A Real-Life Adventurer Explores the World's Greatest Ancient Mysteries Josh Bernstein, host of The History Channel's hit series Digging for The Truth, takes readers beyond the cameras for an even closer look at his adventures through some of the most intriguing, remote, and physically challenging locations on the planet as he explores the world's greatest ancient mysteries. No location is too dangerous, no terrain too rough, no culture too exotic for explorer and survival expert Josh Bernstein. With his unique hands-on approach, he travels the globe, seeking answers to some of the most enigmatic mysteries of the ancient world. Digging for the Truth shares Josh's personal stories, journals, and insights, revealing the risks and dangers of what went on behind the scenes in shooting the show, and the fascinating details about what he uncovers along each adventure. Readers are right in the action as he: Listeners will have access to all the inside details that viewers never see-everything from food poisoning and spider bites to the logistical challenges of shooting in some of the most remote places on earth.

William Dufris mixes wry humor with a sense of wonder.... Listeners can hear the enthusiasm of discovery and the frustration of delays and setbacks in his voice. —AudioFile

Josh Bernstein is president and CEO of the Boulder Outdoor Survival School—known to most simply as BOSS—which has delivered life-changing, wilderness-based experiences to adventurous people all over the world. He was born and raised in New York City and educated at Cornell University. Josh is an active member of the Explorers Club, a fellow of the Royal Geographical Society, and a patron of the American Museum of Natural History. In addition to a growing list of private speaking engagements, Josh has appeared on NBC News, ABC News, CBS News, the Today show, and The Daily Show.