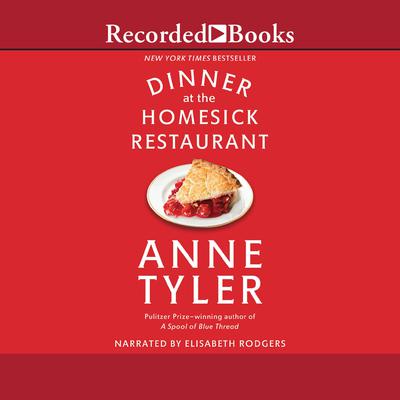 Dinner at the Homesick Restaurant

Abandoned by her wanderlusting husband, stoic Pearl raised her three children on her own. Now grown, the siblings are inextricably linked by their memories— some painful—which hold them together despite their differences. Hardened by life’s disappointments, wealthy and charismatic Cody has turned cruel and envious. Thrice-married Jenny is errant and passionate. And Ezra, the flawed saint of the family, who stayed at home to look after his mother, runs a restaurant where he cooks what other people are homesick for, stubbornly yearning for the perfect family he never had. Now gathered during a time of loss, they will reluctantly unlock the shared secrets of their past and discover if what binds them together is stronger than what tears them apart. Soulful and redemptive—full of heartbreak and hope—this portrait of a family will remind you why Anne Tyler is one of the most beloved writers working today.