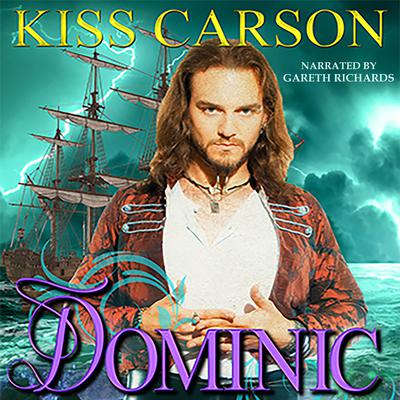 Dominic: In the Shadows of Angels

Marry the witch, Dominic, for the sake of your brothers. Love her, even though you do not.

Dominic Lamont’s father’s words haunt him, and the man’s expression plagues him incessantly. However, he cannot love the witch who violently kidnapped three of his brothers. Instead, he boards his beloved frigate, Ban-dia, and plans to rescue his brothers himself. Pursued by his cousin, an officer of His Majesty’s Royal Navy, and the vile witch, Charlotte, he sails the Caribbean in search of his brothers. When he discovers a beautiful, dark haired woman atop the treacherous Poseidon’s Finger, he is drawn to her innocent sense of adventure, and his heart takes an unexpected leap.

Aged care nurse, Keziah Mitchell, dreams of living in the past. She also dreams of true love, a rare commodity in her grey, plastic world of 2070. Gifted a magical book by one of her charges, she is drawn into its enchanted pages and sent back in time to the year 1770. There, she finds herself on board Ban-dia with pirate captain, Dominic Lamont, and falls in love with his radiant grin and roguish ways. Living a life of mischief and pleasure, Keziah becomes the Pirate Princess, but the secrets she keeps soon draws suspicion, and the interest of dangerous admirers.

The journey to love and happiness follows turbulent seas, and when Dominic is dragged into the damning world of witchcraft, Keziah must destroy her own demons to free him, and his brothers, with the one ability he detests.