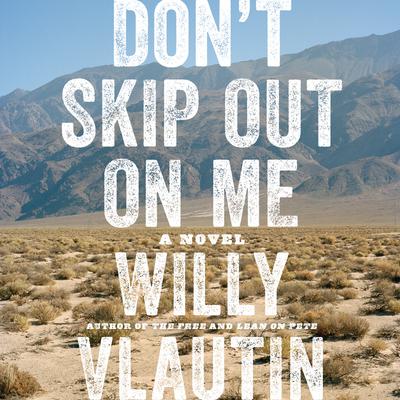 Don't Skip Out on Me: A Novel

A FINALIST FOR THE PEN/FAULKNER AWARD

Horace Hopper is a half-Paiute, half-Irish ranch hand who wants to be somebody. He's spent most of his life on the ranch of his kindly guardians, Mr. and Mrs. Reese, herding sheep alone in the mountains. But while the Reeses treat him like a son, Horace can't shake the shame he feels from being abandoned by his parents. He decides to leave the only loving home he’s known to prove his worth by training to become a boxer.

Mr. Reese is holding on to a way of life that is no longer sustainable. He’s a seventy-two-year-old rancher with a bad back. He’s not sure how he’ll keep things going without Horace but he knows the boy must find his own way.

Coming down from the mountains of Nevada to the unforgiving desert heat of Tucson, Horace finds a trainer and begins to get fights. His journey to become a champion brings him to boxing rings of Mexico and finally, to the seedy streets of Las Vegas, where Horace learns he can’t change who he is or outrun his destiny.

Willy Vlautin writes from America's soul, chronicling the lives of those who are downtrodden and forgotten with profound tenderness. Don't Skip Out on Me is a beautiful, wrenching story about one man's search for identity and belonging that will make you consider those around you differently.

“Powerful…In this excellent novel, Vlautin’s reverence for the land recalls writers such as Jim Harrison and John Steinbeck.” —Publishers Weekly (starred review)
“Vlautin’s unerring ability to write without artifice or judgment about hardscrabble people trying to do good makes him the literary heir to the late Kent Haruf. This is a deeply compassionate story made more poignant for its unadorned simplicity, with an ending that lands with the emotional force of a Horace Hopper one-two punch.” —Library Journal (starred review)
“Vlautin…strips away our defenses with close-to-the bone prose that leaves us utterly exposed to the tragedy of being alive—and every bit as thankful for those moments of aching humanity before the curtain falls.” —Booklist (starred review)
“A powerful, haunting portrayal of lives rendered in unflinching, understated prose.” —Kirkus Reviews
“Don’t Skip Out on Me is going to make your heart crumple into a little wad of paper and then open it back up into a perfect paper airplane sailing the skies from the hand of a boy. How does a bicultural man find a self when he’s been abandoned by his parents? He invents it, that’s how, with his hands, his fists, and that fist-shaped muscle, a heart. No one anywhere writes as beautifully about people whose stories stay close to the dirt. Willy Vlautin is a secular—and thus real and profoundly useful—saint.” —Lidia Yuknavitch, author of The Book of Joan
“Beautifully crushing and complete.” —John Doe, author of Under the Big Black Sun and cofounder of X 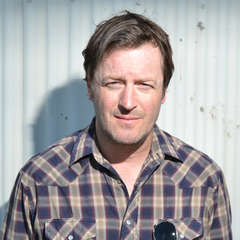 Willy Vlautin is the author of several novels, including Lean on Pete, winner of two Oregon Book Awards; Don’t Skip Out on Me, a finalist for the PEN/Faulkner award; and The Motel Life, which has been made into a movie starring Dakota Fanning, Emile Hersh, and Stephen Dorff. He is the singer and songwriter of the band Richmond Fontaine and a member of the band The Delines.