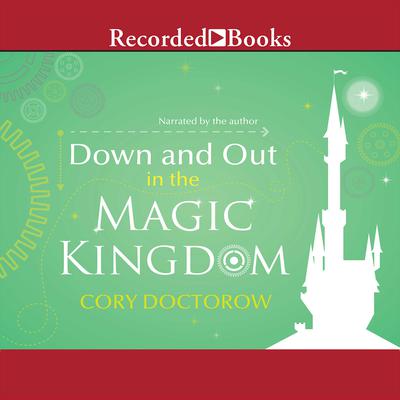 Down and Out in the Magic Kingdom

Finalist for the 2004 Nebula Award for Best Novel

Winner of the 2004 Locus Award for Best First Novel

On The Skids In The Transhuman Future Jules is a young man barely a century old. He's lived long enough to see the cure for death and the end of scarcity, to learn ten languages and compose three symphonies...and to realize his boyhood dream of taking up residence in Disney World. Disney World! The greatest artistic achievement of the long-ago twentieth century. Now in the keeping of a network of "ad-hocs" who keep the classic attractions running as they always have, enhanced with only the smallest high-tech touches. Now, though, the "ad hocs" are under attack. A new group has taken over the Hall of the Presidents, and is replacing its venerable audioanimatronics with new, immersive direct-to-brain interfaces that give guests the illusion of being Washington, Lincoln, and all the others. For Jules, this is an attack on the artistic purity of Disney World itself. Worse: it appears this new group has had Jules killed. This upsets him. (It's only his fourth death and revival, after all.) Now it's war....

“The ideas are an incredibly rich playground, and the author doesn’t make you suffer through flat characters or clunky prose to get to them. On the contrary, these are totally alive characters set in a deeply conjured world…Highly recommended.” —Jeff Bezos, founder of Amazon.com
“Doctorow throws off cool ideas the way champagne generates bubbles…His ideas are fresh and his attitude highly engaging.” —San Francisco Chronicle
“Fast, smart, fun, and flashy: Cory Doctorow’s Down and Out in the Magic Kingdom is all of the above.” —Seattle Times
“The best debut science fiction novel since Neuromancer.” —Austin Chronicle
“In a world of affluence and immortality, the big battles will be fought over culture, not politics. That’s the starting point of Wired contributor Doctorow’s daring novel....Few challenges to copyright giants are as entertaining as this book.” —Wired
“The ideas are cool, the gadgets are neat, but, for all that the recipe is geeky, the final product is not. Down and Out in the Magic Kingdom is a sleek, tightly written book that, as the best science fiction should, engages the world.” —Locus
“An excellent ride, entertaining and unpredictable.” —Booklist
“A lot of ideas are packed into this short novel, but Doctorow’s own best idea was setting his story in Disney World, where it’s hard to tell whether technology serves dreams or vice versa…Doctorow has served up a nicely understated dish: meringue laced with caffeine.” —Publishers Weekly
“Cory Doctorow is the most interesting new SF writer I’ve come across in years. He starts out at the point where older SF writers’ speculations end.” —Rudy Rucker, author of Spaceland
“He sparkles! He fizzes! He does backflips and breaks the furniture! Science fiction needs Cory Doctorow.” —Bruce Sterling, author of The Hacker Crackdown and Distraction
“This is science fiction for the non-SF reader as well as for hardcore fans of the genre—think Carl Hiassen crossed with Philip K. Dick, with just a dash of Disney magic.” —Kathryn Lively, author of Saints Preserve Us 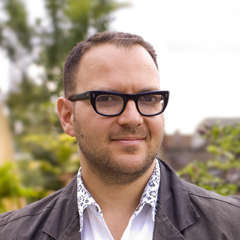 Cory Doctorow is a blogger, journalist, and author science fiction and nonfiction. His writing has won numerous awards, including three Locus Awards, two John W. Campbell Awards, three Prometheus Awards, two Sunburst Awards, the White Pine Award, and the Electronic Frontier Foundation Pioneer Award, among others. He has served as Canadian regional director of Science Fiction and Fantasy Writers of America. He is coeditor of the blog Boing Boing, and he was named one of the web’s twenty-five “influencers” by Forbes and a Young Global Leader by the World Economic Forum. He is a contributing author to Wired magazine, and his writing has been published in the New York Times Sunday Magazine, the Globe and Mail, the Boston Globe, Popular Science, and others.