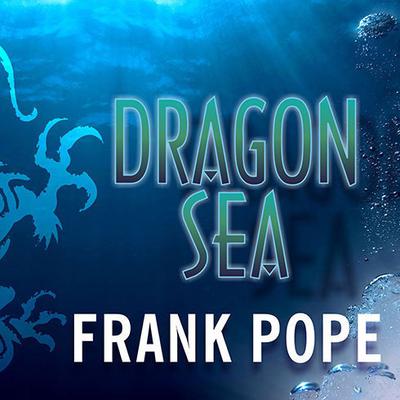 Dragon Sea: A True Tale of Treasure, Archeology, and Greed Off the Coast of Vietnam

When Oxford archeologist Mensun Bound-dubbed the "Indiana Jones of the Deep" by the Discovery Channel-teamed up with a financier to salvage a sunken trove of fifteenth-century porcelain, it seemed a dream enterprise. The Stakes were high: The Hoi An wreck lay hundreds of feet down in a typhoon-prone stretch of water off the coast of Vietnam known as the Dragon Sea. Raising its contents required saturation diving, a crew of 160, and a fleet of boats. The costs were unprecedented. But the potential rewards were equally high: Bound would revolutionize thinking about Vietnamese ceramics, and his partner would make a fortune auctioning off the pieces. Hired as the project's manager, Frank Pope watched the tumultuous drama of the Hoi An unfold. In Dragon Sea he delivers an engrossing tale of danger, adventure, and ambition-a fascinating object lesson in what happens when scholarship and money join forces to recover lost treasure.

Johnny Heller's narration of this true tale of sunken treasure is a fine fit for Frank Pope's story.... Heller makes nonfiction as thrilling as any action-adventure. —AudioFile
“Heller’s voice reflects the excitement, energy, and irresistible allure to understand the past that draw the ‘Indiana Jones of the Deep’ into the field of underwater archaeology. Pope’s story presents the historical background of the rivalry between China and Vietnam, piracy on the South China Seas, and the project to salvage the Hoi An, a fifteenth-century wreck loaded to the gunwales with priceless blue-and-white porcelain. Heller makes nonfiction as thrilling as any action-adventure, presenting Pope and Bound as men with scruples, sincerely concerned about greedy treasure- seekers who destroy ‘the time capsules’ so valuable to archaeologists and historians.” —AudioFile

Frank Pope has worked on underwater expeditions under the auspices of Oxford MARE (Maritime Archeological Research and Excavation), including the salvage of Lord Nelson’s flagship Agamemnon. He divides his time between London and Nairobi.