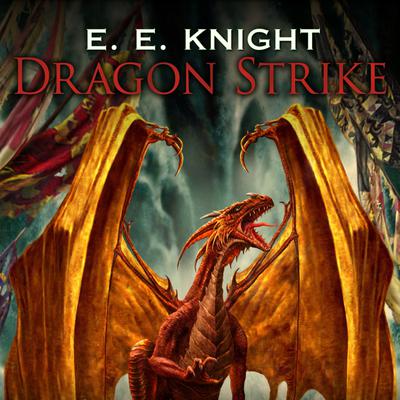 The Age of Fire Series: Book 4

Scattered across a continent and scarred by their harsh experiences on the path to adulthood, the three dragon siblings are among the last of a dying breed—the final hope for their species' survival. After being separated by dwarf slave traders who found their nest, the brothers and sister—Auron, the rare scaleless gray; Wistala, the green female; and Copper, the embittered cripple—are reunited. But their reunion is not a happy one, since the three find themselves at odds over the coming human war. Auron thinks dragons should have no part of the affairs of humans. Wistala believes dragons and men can peacefully coexist. And Copper has designs of his own for the world. And the civilized humans who have turned to Copper for assistance against their savage enemies have just given him the perfect opportunity to fulfill his plans.

Knight turns the familiar features of epic fantasy upside down in this unique world of medieval politics and ancient magic seen through the eyes of dragons. —Publishers Weekly
“This is an original tale told from the viewpoint of the dragons…As the storyline switches from dragon to dragon, you are carried through by the artfully crafted personalities of each main character. The tale picks up speed on the wings of dragons as they venture aloft, and it carries you with each courageous wingbeat toward the forging of a grand alliance and an exciting new world.” —RT Book Reviews