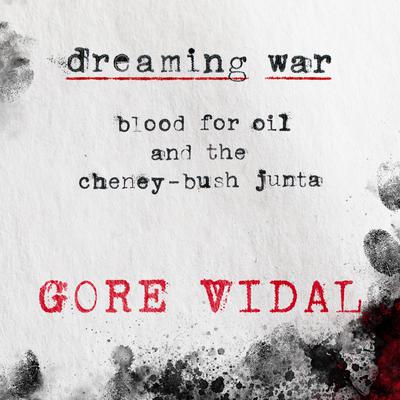 Dreaming War: Blood for Oil and the Cheney-Bush Junta

When Gore Vidal’s New York Times bestseller Perpetual War for Perpetual Peace was published, the Los Angeles Times described Vidal as the last defender of the American republic. In Dreaming War, Vidal continues this defense by confronting the Cheney-Bush junta head-on in a series of devastating essays that demolish the lies American Empire lives by, unveiling a counter-history that traces the origins of America’s current imperial ambitions to the experience of World War Two and the post-war Truman doctrine. And now, with Cheney-Bush leading us into permanent war, Vidal asks whose interests are served by this doctrine of pre-emptive war? Was Afghanistan turned to rubble to avenge the 3,000 slaughtered on September 11? Or was “the unlovely Osama chosen on aesthetic grounds to be the frightening logo for our long contemplated invasion and conquest of Afghanistan?” After all, he was abruptly replaced with Saddam Hussein once the Taliban were overthrown. And while “evidence” is now being invented to connect Saddam with 9/11, the administration are not helped by “stories in the U.S. press about the vast oil wealth of Iraq which must—for the sake of the free world—be reassigned to U.S. consortiums.”