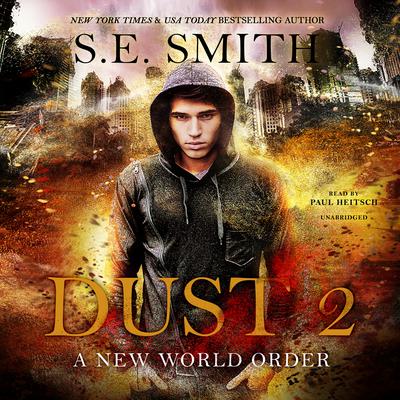 It can always get worse …

A new world order is coming, one that will pit one species against another. Life is about to become very hazardous—for anyone who gets in Dust’s way.

With every day that passes, Dust is more afraid of what he will become. His powers are growing far beyond what he can predict, and he is reluctant to tell his make-shift family that he isn’t sure when—or if—it will ever stop. His goal is to get to Portland, Oregon, and find his aunt and uncle. Ideally he would get there alone, because he’s far too much of a danger to the people around him, but they aren’t willing to give up on him, and an old enemy isn’t far behind. When they reach Portland, Dust discovers a line has been drawn between those who have been changed and the unchanged ones who want to control them.

Can Dust protect his new family from being used or will the power within him become a force that will not only destroy his enemies, but the ones he loves?

Internationally acclaimed S.E. Smith presents a new action-packed story to transport readers out of this world! Brimming with her signature humor, vivid landscapes, and beloved characters, this book is sure to be another fan favorite.

“A story with action, adventure, and, most of all, heart, you won’t be disappointed.” —H. D. Smith, author of Keegan’s Point, on Ristéard’s Unwilling Empress

S.E. Smith is an award-winning author of New York Times, USA Today, and internationally bestselling science fiction, fantasy, paranormal, and contemporary works for adults, young adults, and children. She enjoys writing a wide variety of genres that pull her readers into worlds that take them away.