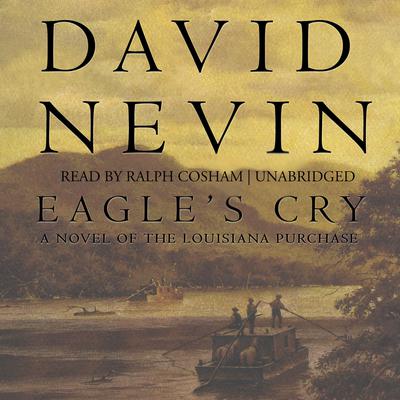 Eagle’s Cry: A Novel of the Louisiana Purchase

French Emperor Napoleon Bonaparte, whose thirst for power cannot be quenched, has gained control of New Orleans, a move that gives him potential mastery of the Mississippi River Valley. A country as strong as France could stop America’s free-trade market from growing along the great waterway. American businesses have begun to thrive on the Mississippi, including that of the widow of Danny Mobry, a shipping tycoon and one of the most sought-after women in New Orleans and Washington.

As France forces the young nation’s hand economically and politically, there is a movement in the Northeast to turn toward England. Such a move could bring those states back under the colonial yoke they just shook off. Suddenly the United States is a global nation, as the greatest minds and visionaries of a young America struggle to hold it all together.

“Again and again, that seminal old struggle comes alive with all its drama, bite, and relevance.” —Kirkus Reviews (starred review)
“Historically colorful and accurate.” —Publishers Weekly
“An intelligent, well-crafted drama featuring a cast of authentically rendered historical characters.” —Booklist
“Brimming with personal and political tension, the gripping narrative vividly re-creates a seminal moment in the infancy of the U.S.” —Booklist

David Nevin spent his childhood on army bases. On his seventeenth birthday he joined the US Navy at the latter stages of World War II. Later, as a merchant marine, he spent seven years in the Pacific before he returned to the United States and became a journalist. He was awarded the Robert F. Kennedy Memorial Journalism Award. In addition to writing books on popular history for Time-Life, Nevin continues to write freelance. He is the New York Times bestselling author of Dream West, which became a seven-part miniseries.