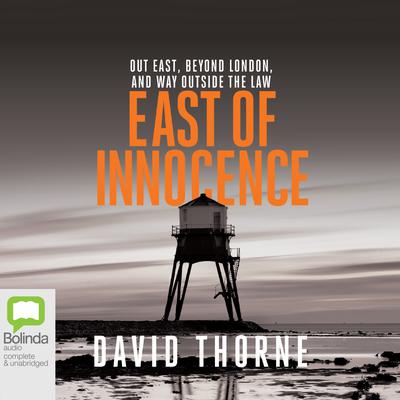 A fast-paced, hard-edged thriller set in Essex – out east, beyond London, and way outside the law.

Daniel Connell is a disgraced ex-City lawyer now scraping a living in Essex. When an old childhood friend visits him, asking for his help with a case of police brutality, Daniel wants nothing to do with it. But obligations are obligations, and he soon finds himself on the wrong end of police attention, and dragged into the shady business of a local gangster.

But there is far more at stake than he could ever have anticipated - including the mystery of what happened to his mother, who disappeared months after he was born. Daniel must keep ahead of his pursuers long enough to uncover the bloody mysteries of the past ‒ and the fate of another young woman, too innocent to protect herself in the midst of a dangerous game. Welcome to Essex.

“Narrator Rupert Degas hits ace after ace with his portrait of Daniel Connell…Hard-bitten characters can be played in a two-dimensional fashion, but Degas takes Connell to nearly a fourth dimension with his impeccable timing and emotional range. Despite the speed at which the story serves up its wild mix of thuggery, friendship, torture, tragedy, and even tennis matches, Degas returns each moment effortlessly yet powerfully. Winner of the AudioFile Earphones Award.” —AudioFile
“This is a potent mixture of an authentic, brutal crime story, told with a neat line in dialogue and an appealing hero.” —Daily Mail (London)
“By the final page, you’ll feel as if you’ve been through a roller coaster of emotions.” —Crime Squad

David Thorne has worked as a writer for over fifteen years, originally in advertising, then in television and radio comedy. He has written material for many comedians, including Jimmy Carr, Alan Carr, David Mitchell and Bob Mortimer. He was a major contributor to the BAFTA-winning Armstrong and Miller Show, and has worked on shows including Facejacker, Harry and Paul and Alan Carr: Chatty Man.