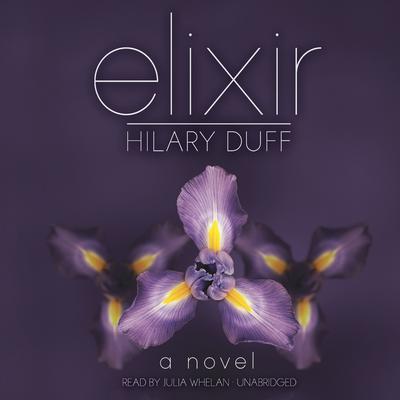 Clea Raymond has felt the glare of the spotlight her entire life. The daughter of a renowned surgeon and a prominent Washington, D.C. politician, she has grown to be a talented photojournalist who takes refuge in a career that allows her to travel to the most exotic parts of the world. But after Clea’s father disappears while on a humanitarian mission, Clea’s photos begin to feature eerie, shadowy images of a strange and beautiful man—a man she has never seen before.

When fate brings Clea and this man together, she is stunned by the immediate and powerful connection she feels with him. As they grow closer, they are drawn deep into the mystery behind her father’s disappearance, and they discover the centuries-old truth behind their intense bond. Torn by a dangerous love triangle and haunted by a powerful secret that holds their fates, together they race against time to unravel their pasts in order to save their lives—and their futures.

“[Hilary Duff] tackles topics and settings far removed from her LA life in her thrilling first novel. And even though it’s aimed at young adults, it’s an exhilarating read for all ages.” —Star magazine
“A thoroughly engaging read. After gulping up Elixir, I'm ready for another dose.” —MTV.com
“Elixir has a fresh voice, great plot twists and an ending that left me wanting the next book in the series.” —Mundiemoms.com

Hilary Duff is a multifaceted actress and recording artist whose career began on the popular Disney sitcom Lizzie McGuire. She has since starred in many movies and television series, including Cheaper by the Dozen, The Lizzie McGuire Movie, and A Cinderella Story. She has also released three multiplatinum albums, as well as a clothing line for DKNY and a bestselling fragrance. Her humanitarian work is recognized throughout the world and she is actively involved with the charity Blessings in a Backpack. She has served on the President’s Council and was named Youth Ambassador to Colombia. Elixir is her first novel.