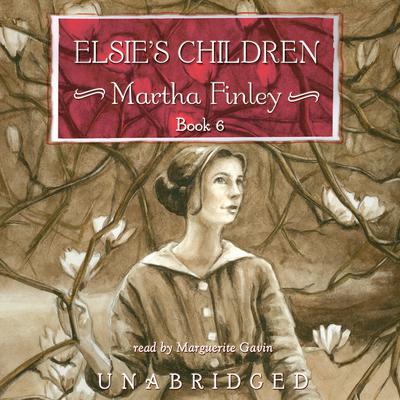 During a stay at Viamede, the family is blessed with a new addition, Lily, “on loan” from heaven for a short time. Then Elsie takes in Cousin Molly, a young girl who has been injured in a fall. Next, Elsie befriends a nearly blind child of her former governess, and Ronald once again joins the family. As Elsie’s children move from childhood into adulthood, young Elsie’s heart is captured by a fine young man.

“There has been almost no character in American juvenile fiction which has attained more widespread interest and affection than Elsie.” —Ladies Home Journal, 1893

Martha Finley (1828–1909) was born in Ohio. She was a private educator in Pennsylvania until she became ill and moved to Elkton, Maryland, where at age twenty-six, she began her literary career as a means to support herself. She wrote twenty-eight Elsie books and was one of the most beloved children’s authors of all time, with over twenty-five million readers in both America and England.