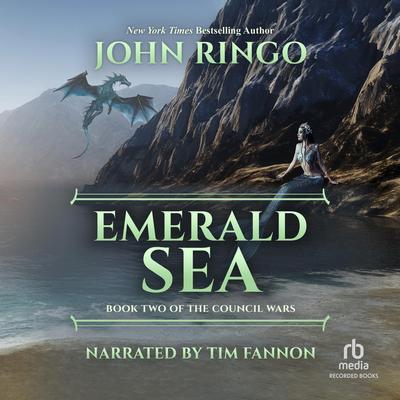 In the future the world was a paradise—and then, in a moment, it ended. The council that controlled the Net fell out and went to war, while people who had never known a moment of want or pain were left wondering how to survive.

Duke Edmund Talbot has been assigned a simple mission: Go to the Southern Isles and make contact with the scattered mer-folk—those who, before the worldwide collapse of technology, had altered their bodies in the shape of mythical sea-dwelling creatures. He must convince them to side with the Freedom Coalition in the battles against the fascist dictators of New Destiny. Just a simple diplomatic mission. That requires the service of a dragon-carrier and Lieutenant Herzer Herrick, the most blooded of the Blood Lords—because New Destiny has plans of its own.

The fast-paced sequel to There Will Be Dragons is a rollicking adventure above and below the high seas with dragons, orcas, beautiful mermaids—and the irrepressible Bast the Wood Elf, a cross between Legolas and Mae West.