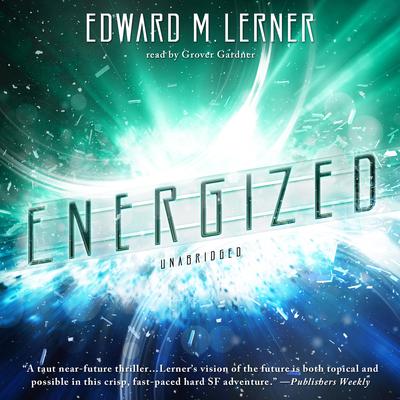 No one expected the oil to last forever. How right they were.

A geopolitical miscalculation tainted the world’s major oil fields with radioactivity and plunged the Middle East into chaos. Any oil that remains usable is more prized than ever. No one can build solar farms, wind farms, and electric cars quickly enough to cope. The few countries still able to export petroleum and natural gas—Russia chief among them—have a stranglehold on the world economy.

Then, from the darkness of space, came Phoebe. Rather than deflect the onrushing asteroid, America coaxed it into Earth’s orbit. Solar power satellites—cheaply mass-produced in orbit with resources mined from the new moon to beam vast amounts of power to the ground—offer America its last, best hope of avoiding servitude and economic ruin.

As though building miles-wide structures in space isn’t challenging enough, special interests, from technophobes to eco-extremists to radio astronomers, want to stop the project. And the remaining petro powers will do anything to protect their newfound dominance of world affairs.

NASA engineer Marcus Judson is determined to make the powersat demonstration project a success. And he will—even though nothing in his job description mentions combating an international cabal or going into space to do it.

“A taut near-future thriller…Lerner’s vision of the future is both topical and possible in this crisp, fast-paced hard SF adventure.” —Publishers Weekly
“Lerner’s near-future SF thriller features a plausible scenario that combines concern about the planet’s diminishing energy resources with the current interest in asteroid mining and the potential danger of meteoric impacts.”  —Library Journal

Edward M. Lerner worked in high tech and aerospace for thirty years, as everything from engineer to senior vice president, for much of that time writing science fiction as his hobby. Since 2004 he has written full-time. His novels range from near-future technothrillers, like Small Miracles and Energized, to futuristic mysteries, like The Company Man, to such traditional SF-adventure fare as Dark Secret and his InterstellarNet series. Collaborating with Larry Niven, he also wrote the space-opera epic Fleet of Worlds series of Ringworld companion novels. His 2015 novel, InterstellarNet: Enigma, won the inaugural Canopus Award “honoring excellence in interstellar writing.” His fiction has also been nominated for Locus, Prometheus, and Hugo awards. In shorter forms, his writing has appeared in anthologies, collections, and many science fiction magazines and websites. He also writes about science and technology, most notably including Trope ing the Light Fantastic: The Science behind the Fiction.