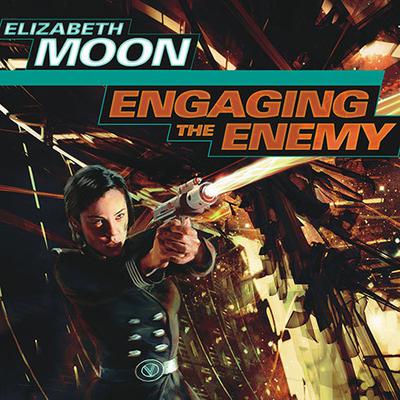 The brilliantly unorthodox Kylara Vatta—black-sheep scion of Vatta Transport Ltd., one of the galaxy's wealthiest merchant houses—is a heroine like no other, blessed with a killer instinct both for business and for battle. Now, in the aftermath of cold-blooded assassinations that have left her parents dead and the Vatta shipping empire shattered, Kylara faces her greatest challenge yet. There is a time for grief and a time for revenge. This is decidedly the latter. Placing her cousin Stella in command of the trading vessel Gary Tobai, Ky embarks aboard the captured pirate ship Fair Kaleen on a twofold mission: to salvage the family business and to punish those responsible for the killings...before they strike again. Since the network providing instantaneous communication between star systems has been sabotaged, news is hard to come by and available information impossible to trust. But as she travels from system to system, with Stella a step behind, Ky pieces together the clues and discovers a conspiracy of terrifying scope, breathtaking audacity, and utter ruthlessness. The only hope the independent systems and merchants have against this powerful enemy is to band together. Unfortunately, because she commands a ship known to belong to a notorious pirate—her own relative Osman Vatta, whom she killed for his part in her parents' deaths—Ky is met with suspicion, if not outright hostility. Rumors swirl about her intent and even her very identity. Soon, even Stella begins to question her cousin's decisions and her authority to make them. Meanwhile, the conspiracy Ky hunts is hunting her in turn, with agents insinuated into every space station, every planetary government, every arm of the military, and every merchant house—including her own. Before she can take the fight to the enemy, Kylara must survive a deadly minefield of deception and betrayal.

“Moon has created a richly imagined universe of different cultures, replete with intriguing characters and the sense of unlimited possibility that characterizes the most appealing science fiction.” —School Library Journal

Elizabeth Moon, a former marine, is the author of many novels, including the Vatta’s War and Vatta’s Peace series and the Deed of Paksenarrion, as well as the Nebula Award winner The Speed of Dark and Remnant Population, a Hugo Award finalist. After earning a degree in history from Rice University, she went on to obtain a degree in biology from the University of Texas, Austin.