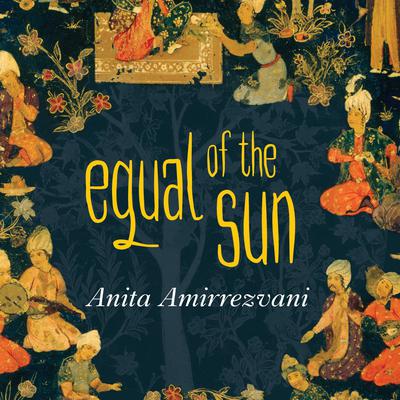 Equal of the Sun: A Novel

Iran in 1576 is a place of peace, wealth, and dazzling beauty. But when the Shah dies without having named an heir, the court is thrown into tumult. Princess Pari, the Shah's daughter and closest adviser, knows more about the inner workings of the state than almost anyone, but the princess's maneuvers to instill order after her father's sudden death incite resentment and dissent. Pari and her trusted servant, a eunuch able to navigate the harem as well as the world beyond the palace walls, are in possession of an incredible tapestry of secrets and information that reveals a power struggle of epic proportions. Based loosely on the life of Princess Pari Khan Khanoom, Equal of the Sun is a riveting story of political intrigue and a moving portrait of an unlikely friendship between a princess and a eunuch. Anita Amirrezvani is a master storyteller, and in her lustrous prose this rich and labyrinthine world comes to vivid life with a stunning cast of characters, passionate and brave men and women who defy or embrace their destiny in a Machiavellian game played by those who lust for power and will do anything to attain it.

Anita Amirrezvani is the Iranian author of The Blood of Flowers, which was long-listed for the Orange Prize, and a former staff writer and dance critic for the San Jose Mercury News and the Contra Costa Times. She has received fellowships from the National Arts Journalism Program, the NEA’s Arts Journalism Institute for Dance, and the Hedgebrook Foundation for Women Writers. She is currently an adjunct professor at the California College of the Arts in San Francisco.