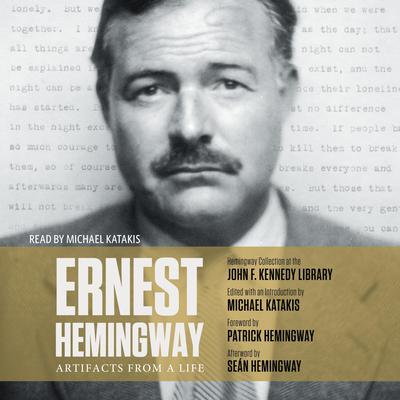 Intimate and illuminating, this is the story of American icon Ernest Hemingway's life, compiled by the steward of the Hemingway estate and featuring contributions by his son and grandson.

For many people, Ernest Hemingway remains more a compilation of myths than a person: soldier, sportsman, lover, expat, and of course, writer. But the actual life underneath these various legends remains elusive; what did he look like as a laughing child or young soldier? What did he say in his most personal letters? How did the train tickets he held on his way from France to Spain or across the American Midwest transform him, and what kind of notes, for future stories or otherwise, did he take on these journeys?

Ernest Hemingway: Artifacts from a Life answers these questions, and many others. Edited and with an introduction by the manager of the Hemingway estate, featuring a foreword by Hemingway’s son Patrick and an afterword by his grandson Seán, this rich and illuminating book tells the story of a major American icon the moments he saw and the thoughts he had every day. It is a one-of-a-kind, stunning tribute to one of the most titanic figures in literature.

Michael Katakis has authored a number of books, including Despatches, The Vietnam Veteran’s Memorial, and, as editor, Sacred Trusts: Essays on Stewardship and Responsibility and Excavating Voices: Listening to Photographs of Native Americans. His writing and photography have been collected by a wide range of institutions, including the National Portrait Gallery, Washington, DC, the Victoria and Albert Museum, the British Library in London, and Stanford University’s Special Collections Department. In 1999, Michael was elected Fellow of the Royal Geographical Society, and in 2001 he and his wife’s exhibition, A Time and Place Before War, opened at the Geographical Society in London. The British Library acquired Michael’s photographic work for their collection in 2008. The library is now the repository for his entire body of work. He lives in France and the United States with his wife, anthropologist Kris Hardin.