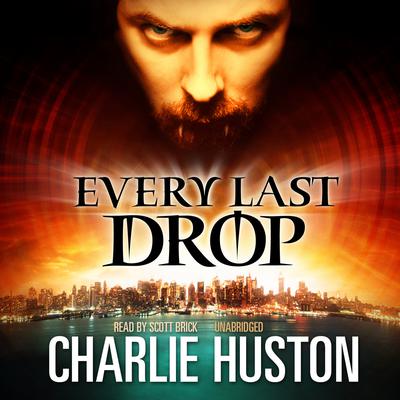 It’s like this: a series of bullet-riddled bad breaks has seen rogue Vampyre and terminal tough guy Joe Pitt go from PI for hire to Clan-connected enforcer to dead man walking in a New York minute. And after burning all his bridges, the only one left to cross leads to the Bronx, where Joe’s brass knuckles and straight razor can’t keep him from running afoul of a sadistic old bloodsucker with a bad bark and a worse bite. Even if every Clan in Manhattan is hollering for Joe’s head on a stick, it’s got to be better than trying to survive in the outer-borough wilderness.

So it’s a no-brainer when Clan boss Dexter Predo comes looking to make a deal. All Joe has to do to win back breathing privileges on his old turf is infiltrate an upstart Clan whose plan to cure the Vyrus could expose the secret Vampyre world to mortal eyes and set off a panic-driven massacre. Not cool. But Joe’s all over it. To save the Undead future, he just has to wade neck-deep through all the archenemies, former friends, and assorted heavy hitters he’s crossed in the past. No sweat? Maybe not, but definitely more blood than he’s ever seen or hungered for. And maybe even some tears—over the horror and heartbreaking truth about the evil men do no matter who or what they are.

“In conceiving his world (a New York City divided by vampire clans, each with different reasons to hate Pitt), Huston gives a fading genre a fresh afterlife.” —Entertainment Weekly
“Huston supplies terse dialogue and convincing gore in expertly pitched prose.” —Publishers Weekly
“In his fourth outing, rakish New York vampire Joe Pitt leaves the series’ ‘casebooks’ nomenclature in the dust. This toothsome tale is no variation on the PI genre; instead, Huston imaginatively, logically explores the limits of the world he’s created for Pitt to haunt…[A] darkly entertaining ride.” —Booklist
“[Huston] has crafted a riveting and enjoyable story...Lyric. His treatment of violence in the novel is also interesting...acts of extreme violence...ironically for a vampire novel, almost bloodless. Pitt reports what has been done, rather than the reader seeing it. I think it works in the novel since it serves to highlight Pitt’s own attitude towards the violence, which is that it’s business as usual.” —sfsite.com