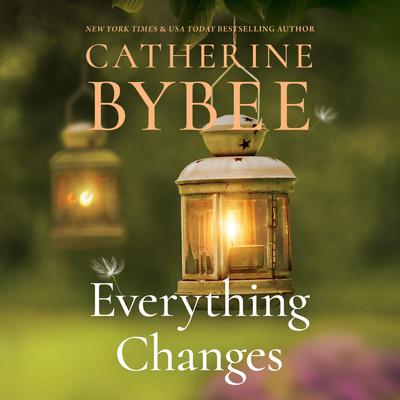 A woman proving herself in a man’s world finds love in the suspenseful and emotional conclusion to the Creek Canyon series from New York Times bestselling author Catherine Bybee.

As the only female civil engineer in her department, Grace Hudson needs space from men. Her last love interest traumatized her in ways she never saw coming; with that behind her, she is determined to focus on her career. Even so, a little flirting with a handsome stranger over coffee can’t hurt, right?

In their short interaction, Grace dazzles Dameon Locke. But he’s focused on his newest development project and keeping his company afloat after his biggest investor pulled out. So during the planning huddle with the city board, he’s stunned to find the petite spitfire he met at the coffee shop running the show.

Grace can’t ignore Dameon’s charm, but when a disgruntled developer accuses Grace of taking bribes, her world is upended. Worse still, something much more important than her job may be in peril.

With her career in shambles and her life in danger, Grace turns to Dameon…but will she risk putting him in danger too?

“This sweet, sexy book is just the escapism many people are looking for right now.” —Kirkus Reviews

Catherine Bybee is a New York Times, Wall Street Journal, and USA Today bestselling author whose books have collectively sold more than two million copies and have been translated into twelve languages. Raised in Washington state, she moved to southern California in hopes of becoming a movie star. After growing bored with waiting tables, she returned to school and became a registered nurse, spending most of her career in urban emergency rooms. She now writes full-time and has penned the Not Quite series, the Weekday Brides series, and the Most Likely To series.