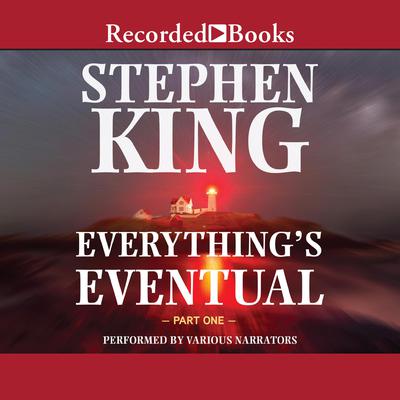 By Stephen King
Read by Various

Everything's Eventual showcases Stephen King's ability to spook readers using the most mundane settings (a yard sale) and comfortable memories (a boyhood fishing excursion). True to form, each of these stories draws the reader into King's twisted world. An added bonus for fans is King's story-by-story annotation, in which he chronicles the event, thought, or image that served as his creative impetus. This is a milestone in compilations of King's shorter works.