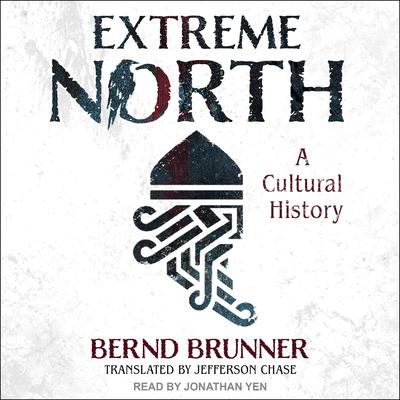 Scholars and laymen alike have long projected their fantasies onto the great expanse of the global North, whether it be as a frozen no-man's-land, an icy realm of marauding Vikings, or an unspoiled cradle of prehistoric human life. Bernd Brunner reconstructs the encounters of adventurers, colonists, and indigenous communities that led to the creation of a northern "cabinet of wonders" and imbued Scandinavia, Iceland, and the Arctic with a perennial mystique.

Like the mythological sagas that inspired everyone from Wagner to Tolkien, Extreme North explores both the dramatic vistas of the Scandinavian fjords and the murky depths of a Western psyche obsessed with Nordic whiteness. In concise but thoroughly researched chapters, Brunner highlights the cultural and political fictions at play from the first "discoveries" of northern landscapes and stories, to the eugenicist elevation of the "Nordic" phenotype (which in turn influenced America's limits on immigration), to the idealization of Scandinavian social democracy as a post-racial utopia. Brunner traces how crackpot Nazi philosophies that tied the "Aryan race" to the upper latitudes have influenced modern pseudoscientific fantasies of racial and cultural superiority the world over.