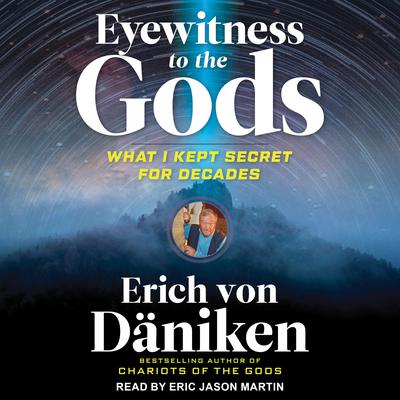 Eyewitness to the Gods: What I Kept Secret for Decades

The father of the ancient alien theory with more than 65 million books sold reveals everything he has withheld for years.

In all his years of service, why didn't Erich von Däniken ever doubt his theory that inhabitants of other planets had come into contact with humanity ages ago, and that they still observe us today?

How could von Däniken in all these years say firmly that the UFO phenomenon is real and that people are being abducted by aliens? Why does he repeatedly criticize the official historiography and our religions and thus accept scorn and hostility?

The answers to these questions are: Because Erich von Däniken spoke to people who supported his theories. Because people who saw UFOs or were kidnapped by aliens trusted him. And because experts and insiders inaugurated secrets known to only a few people.

In this book, the now eighty-one-year-old presents selected eyewitnesses and insiders for the first time, reveals secrets and stories that he has hitherto kept private, and presents reports and revelations that leave one speechless!