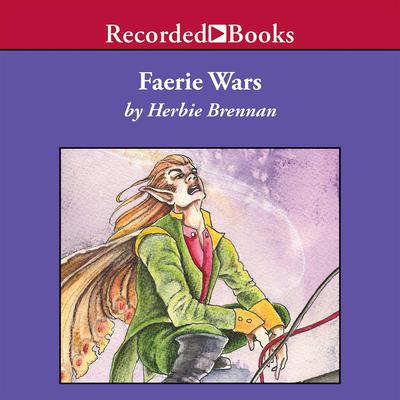 Henry doesn't think he'll ever be able to get his mind off his parents' divorce. That is, until he meets Pyrgus Malvae, prince of the faerie world. Now Henry must help Pyrgus return home to fight the evil Faeries of the Night. Best-selling author Herbie Brennan magically combines real-life London with the fantasy realm of faeries while delicately exploring sensitive topics such as divorce, politics, and sexuality.

Herbie Brennan began writing as a child, and began a journalistic career at eighteen. At twenty-four, he became the youngest newspaper editor in his native Ireland. In his mid twenties, Herbie had his first novel published, an historical romance brought out by Doubleday in New York. At the age of thirty he decided to devote most of his time to writing and has since gone on to produce more than 100 books, many of them international best-sellers.