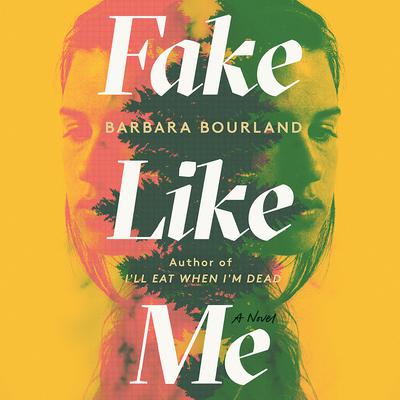 Finalist for the 2020 Edgar Award for Best Novel

A Cosmopolitan Pick of the Month

A Toronto Star Book of Note for Summer

A Millions.com Pick of Must-Read Novels about Artists

A HelloGiggles Pick of the Month

A Publishers Weekly Pick of Best Books of the Summer

A smart, satirical take on fashion and media that will have readers snorting with laughter. — New York Post
"[A] page-turning story about art imitating life.” —Palm Beach Post
“A piercing psychological thriller that skewers the self-absorbed, money-driven bubble that contemporary art and criticism can sometimes turn into, Barbara Bourland’s Fake Like Me is a rare masterpiece…that deserves a place among the genre’s all-time best.” —The Millions
Bourland has an astonishing ability to write viscerally about art, culture, class, and landscape, for a work that's bound to be one of the summer's biggest crime/literary crossovers. —Literary Hub
“Menacing, swirling, hypnotic…A haunting, dizzying meditation on identity and the blurred lines between life and art.” —Kirkus Reviews (starred review)
“Bourland expertly shines a light on the nature of female ambition and desire and the often dark heart of inspiration. Readers fascinated with the blood, sweat, and tears of creating art will be especially rewarded.” —Publishers Weekly (starred review)
Gripping, witty, and eye-opening. —Liv Constantine, author of The Last Mrs. Parrish
In Bourland's decadent twist on the classic campus novel, a group of struggling artists succeed beyond their wildest dreams, but at what cost? Gloriously mordant and glittering. —Courtney Maum, author of Touch
[A] razor-sharp exploration of the tension between the desire to make art and the desire to make money. FAKE LIKE ME is satirical, brilliantly realized, and has a twist you simply won't see coming... —Louise O'Neill, author of Only Ever Yours
A ridiculously propulsive 'du Maurier-esque' literary thriller. Could. Not. Put. It. Down. —Lisa Gabriele, author of The Winters

Barbara Bourland, novelist, was a web producer for O, The Oprah Magazine and OWN, the Oprah Winfrey Network.