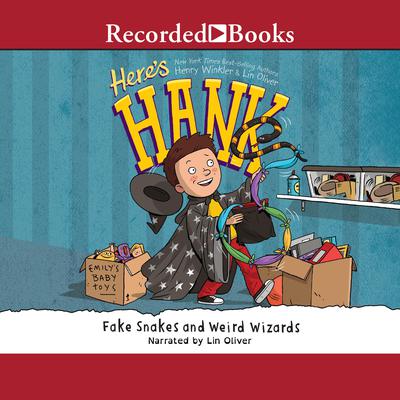 By Henry Winkler  and Lin Oliver
Read by Lin Oliver

Hi there, I'm Hank. Here’s what you need to know about me: I don’t try to make the kids in my class laugh, but somehow I do. Spelling is my worst subject. (Come to think of it, so are math and reading!) I try hard—I really do. So why does my brain always freeze into a Popsicle? When Hank's sister, Emily, is upset that she can't have a reptile show at her birthday party, Hank comes up with a plan of his own. He'll disguise himself as the Westside Wizard and pull a snake out of thin air! But learning the trick is harder than he thought. Can Hank pull it off without blowing his cover?