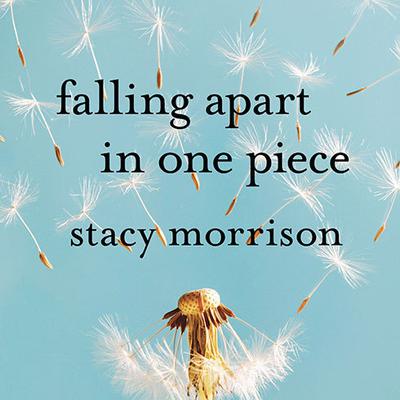 Falling Apart in One Piece: One Optimist's Journey Through the Hell of Divorce

Just when Stacy Morrison thought she had it all, her husband of ten years announced that he wanted a divorce. She was left alone with a new house that needed lots of work, a new baby who needed lots of attention, and a new job in the high-pressure world of New York publishing. Morrison had never been one to believe in fairy tales. As far as she was concerned, happy endings were the product of the kind of ambition and hard work that had propelled her to the top of her profession. But she had always considered her relationship with her husband a safe place in her often stressful life. All of her assumptions about how life works crumbled, though, when she discovered that no amount of will and determination was going to save her marriage. For Stacy, the only solution was to keep on living, and to listen—as deeply and openly as possible—to what this experience was teaching her. Told with humor and heart, her honest and intimate account of the stress of being a working mother while trying to make sense of her unraveling marriage offers unexpected lessons of love, forgiveness, and dignity that will resonate with women everywhere.

Stacy Morrison is the editor-in-chief of Redbook magazine. Under her guidance, the magazine has found new vibrancy and relevance for today’s generations, winning a Folio Award for General Excellence (2005), a Clarion Award for General Excellence (2007), and a National Magazine Award nomination for Personal Service (2006). She has appeared as an expert on women, love, sex, money and more on the Today show, CNN Headline News, CNN Moneyline, and The Early Show, among many other television programs. She lives in Brooklyn with her son, Zack, whose father is at the house many, many times a week.