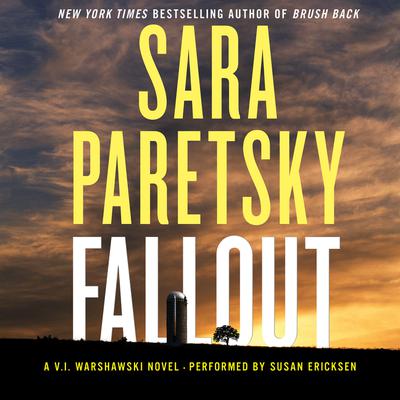 Sara Paretsky returns with the most extraordinary novel of her legendary career.

For the first time, Sara Paretsky takes her legendary hero—Victoria Iphigenia by birth, V. I. by profession, and Vic to her friends—on her very first case out of Chicago, when the hunt for a vanished film student and a faded Hollywood star leads her to Kansas. Accompanied by her dog, V. I. tracks the pair through a university town, across fields dotted with Cold War era missile silos … and into a past riven by long-simmering racial tensions. She hopes her search will yield the key to the mysteries of the present, but every answer V.I. finds unveils another puzzling question—and leads to more dead bodies. And in her most far-reaching and disturbing case to date, not even the seasoned V. I. is safe.

Sara Paretsky is the New York Times bestselling author of numerous previous novels, including the renowned V.I. Warshawski series. She is one of only four living writers to have received both the Grand Master Award from the Mystery Writers of America and is also the recipient of the Cartier Diamond Dagger Award given by the British Crime Writers’ Association. She is credited with transforming the role and image of women in the crime novel.