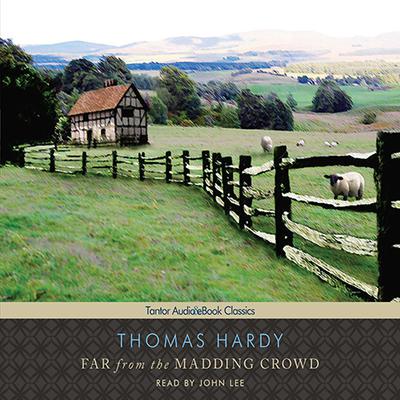 Far from the Madding Crowd

Gabriel Oak is only one of three suitors for the hand of the beautiful and spirited Bathsheba Everdene. He must compete with the dashing young soldier Sergeant Troy and the respectable, middle-aged Farmer Boldwood. And while their fates depend upon the choice Bathsheba makes, she discovers the terrible consequences of an inconstant heart. Far from the Madding Crowd was the first of Hardy's novels to give the name Wessex to the landscape of southwest England and the first to gain him widespread popularity as a novelist. Set against the backdrop of the unchanging natural cycle of the year, the story both upholds and questions rural values with a startlingly modern sensibility.

“This is one of the most underrated Victorian classics. It is sharp-witted, beautiful, and shockingly quite feminist. It tells the story of wild and willful Bathsheba Everdene who inherits a farm and finds herself catching the eye of three very different men. This takes place in nineteenth-century England near Bath, and the language is almost as beautiful as a countryside its set in.” —BookRiot
“Wonderful…A landscape which satisfies every stir of the imagination and which ravishes the senses.” —Ronald Blythe, author of Akenfield: Portrait of an English Village