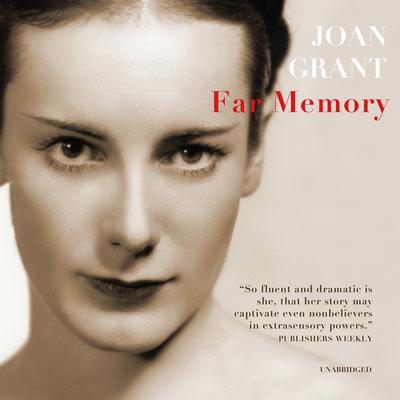 “During the last twenty years, seven books of mine have been published as historical novels which to me are biographies of previous lives I have known. Far Memory is the autobiography of my first thirty years in the twentieth century. From early childhood, I was sometimes aware beyond the usual range of the five senses. I tried to ignore the implications of this awareness, but it was too insistent; so in an attempt to understand what was happening I laboriously trained the faculty of far memory. This book describes how I did so and what happened to me as the result.”—Joan Grant

“Far Memory, Joan Grant’s autobiography, tells how Winged Pharaoh came to be written. It is a most touching, most amusing, most astonishing real life story.” —London Daily Express
“So fluent [and] dramatic…is she that her story may captivate even nonbelievers in extrasensory powers.” —Publishers Weekly
“A unique record of a life lived on many planes…an absorbing book.” —Kirkus Reviews

Joan Grant (1907–1989) was an English author and well-known advocate of reincarnation. At an early age she became aware of previous incarnations both male and female, in other centuries and other lands. Her seven historical novels have been highly praised for their ageless wisdom and for their extraordinarily vivid and detailed portrayal of the far distant past.