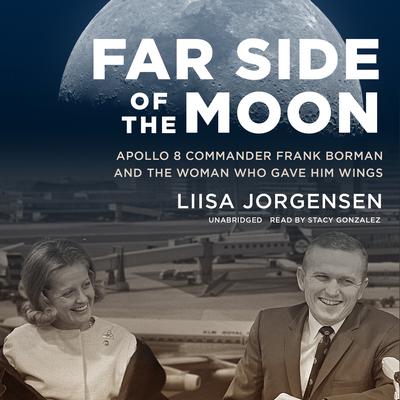 Far Side of the Moon: Apollo 8 Commander Frank Borman and the Woman Who Gave Him Wings

Far Side of the Moon is the untold, fully authorized story of the lives of Frank and Susan Borman. One was a famous astronaut—an instrumental part of the Apollo space program—but the other was just as much a warrior. This real-life love story is far from a fairy tale.

Life as a military wife was beyond demanding, but Susan always rose to the occasion. When Frank joined NASA and was selected to command the first mission to orbit the moon, Susan’s well-hidden depression and alcoholism finally came to light. Frank had to come to terms with how his “mission above all else” mentality contributed to his wife’s suffering. As Susan healed, she was able to begin helping others who suffered in silence from mental illness and addiction.

Discover how Frank and Susan’s love and commitment to each other is still overcoming life’s challenges, even beyond their years as an Apollo commander and the founder of the Astronaut Wives Club.

Liisa Jorgensen has worked as a writer and story editor on a diverse variety of film and television productions for Myth Merchant Films. Jogensen wrote Far Side of the Moon with the active support of Frank Borman. She lives in Edmonton, Alberta, Canada.