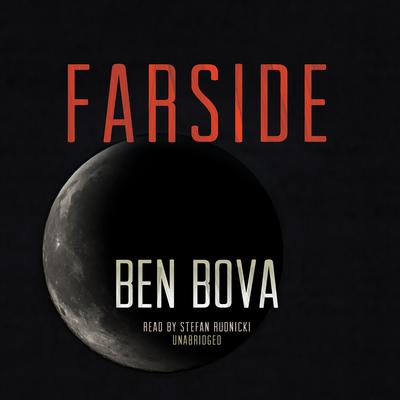 Farside, the side of the moon that never faces Earth, is the ideal location for an astronomical observatory. It is also the setting for a tangled web of politics, personal ambition, love, jealousy, and murder.

Telescopes on Earth have detected an Earth-sized planet circling a star some thirty light-years away. The race is on to obtain photographs and spectra that show whether or not the planet is truly like Earth—and if it bears life. Farside observatory will have the largest optical telescope in the solar system, as well as a vast array of radio antennas—the most sensitive radio telescope possible, insulated from the interference of Earth's radio chatter by a thousand kilometers of the moon's solid mass.

Building the Farside observatory is a complex and often dangerous task. On the airless surface of the moon—under constant bombardment by hard radiation and infalling micrometeoroids—builders must work in cumbersome spacesuits and use robotic machines as much as possible. Breakdowns, both mechanical and emotional, are commonplace. Accidents happen, some of them fatal. But what they ultimately find will stun everyone, and the human race will never be the same.

“One of his best.” —Booklist (starred review)
“With his customary use of scientific facts to augment his flair for storytelling, six-time Hugo Award winner Bova brings to life another sf adventure about humanity’s future in space. Bova’s emphasis is on plot and scientific speculation, but his characters still resound with personality.” —Library Journal
Bova carries the story forward with his usual workmanlike, technically savvy narrative, which is interspersed with background facts and biographies of the main characters. The sort of gritty, hands-on, you-are-there yarn at which Bova has long excelled. —Kirkus Reviews