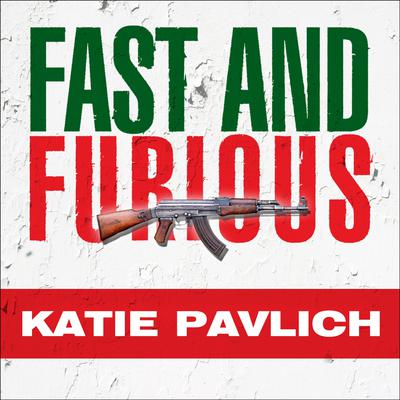 Two hundred and rising. That's the death tally for the Obama administration's "Operation Fast & Furious." The program was supposedly designed to "win the drug war" by deliberately walking more than two thousand guns across the border to Mexico. But instead of catching drug lords, Fast & Furious armed the very king pins it was supposed to trap. Despite the protests of gun store owners and ATF whistle-blowers, federal agents deliberately violated federal law—and common sense—and wound up placing American weapons into the hands of Mexico's most violent criminals. And when the guns started showing up at crime scenes—including the murder scene of a U.S. border patrol agent—the cover-up began. So reveals Townhall editor Katie Pavlich in her news-breaking exposé Fast and Furious: Barack Obama's Bloodiest Scandal. While the White House has claimed ignorance of the program, Pavlich debunks their lies, denials and excuses by demonstrating incontestable proof that President Obama and Attorney General Holder did willfully and knowingly sanction the program in order to advance their anti-second amendment agenda. A horrifying look at one of the bloodiest scandals in the history of the American presidency, Fast and Furious is this season's sensational, must-listen book that will rock America—and the Obama administration—to its core.

Absolutely devastating! —Michelle Malkin, author of Culture of Corruption
“Of all the Obama administration scandals, Fast and Furious is the one the mainstream media would most like us to ignore because it’s the most dangerous for Obama and his cronies. Katie Pavlich draws back the curtain on a radical administration that put Mexican and American lives at risk for no discernible reason other than to advance an ideological agenda. Katie is a terrific reporter and whistleblower. This is an eye-opening book.” —David Limbaugh, bestselling author of Crimes against Liberty

Katie Pavlich is the news editor for Townhall.com and a contributing editor to Townhall Magazine. As a reporter, she has been one of the leading investigative journalists breaking news on Fast and Furious. She is a frequent commentator on Fox News, Fox Business, and MSNBC, as well as on a host of national and local radio shows. A graduate of the University of Arizona, Pavlich lives in the Washington, DC, area.