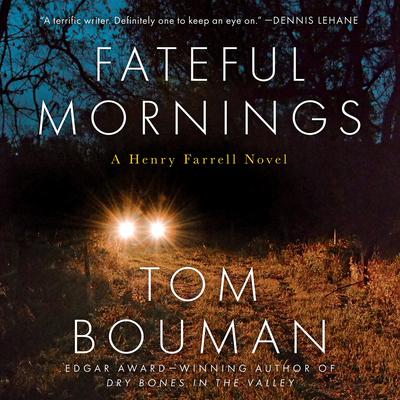 A woman's chilling disappearance haunts a rural Pennsylvania county in the eagerly awaited new Henry Farrell mystery from the Edgar Award–winning author of Dry Bones in the Valley.

Tom Bouman's Dry Bones in the Valley won the Edgar Award for Best First Novel and a Los Angeles Times Book Prize. The New York Times hailed it as "beautifully written," and the Washington Post called it a "mesmerizing and often terrifying story."

In Wild Thyme, Pennsylvania, summer has brought Officer Henry Farrell nothing but trouble. Heroin has arrived with a surge in burglaries and other crime. When local carpenter Kevin O'Keeffe admits that he shot a man and that his girlfriend, Penny, is missing, the search leads the small-town cop to an industrial vice district across state lines that has already ensnared more than one of his neighbors. With the patience of a hunter, Farrell ventures into a world of shadow beyond the fields and forests of home.