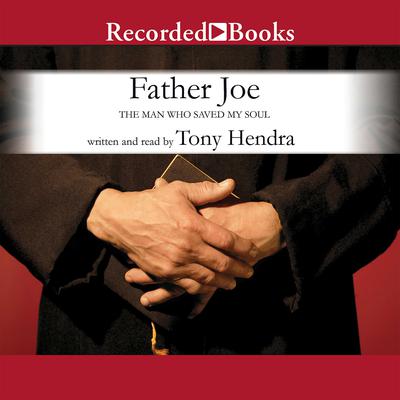 Father Joe: The Man Who Saved My Faith

A key comic writer of the past three decades has created his most heartfelt and hard-hitting book. Father Joe is Tony Hendra's inspiring true story of finding faith, friendship, and family through the decades-long influence of a surpassingly wise Benedictine monk named Father Joseph Warrillow. Like everything human, it started with sex. In 1955, fourteen-year-old Tony found himself entangled with a married Catholic woman. In Cold War England, where Catholicism was the subject of news stories and Graham Greene bestsellers, Tony was whisked off by the woman's husband to see a priest and be saved. Yet what he found was a far cry from the priests he'd known at Catholic school, where boys were beaten with belts or set upon by dogs. Instead, he met Father Joe, a gentle, stammering, ungainly Benedictine who never used the words "wrong" or "guilt," who believed that God was in everyone and that "the only sin was selfishness." During the next forty years, as his life and career drastically ebbed and flowed, Tony discovered that his visits to Father Joe remained the one constant in his life-the relationship that, in the most serious sense, saved it. From the fifties and his adolescent desire to join an abbey himself; to the sixties, when attending Cambridge and seeing the satire of Beyond the Fringe convinced him to change the world with laughter, not prayer; to the seventies and successful stints as an original editor of National Lampoon and a writer of Lemmings, the off-Broadway smash that introduced John Belushi and Chevy Chase; to professional disaster after co-creating the legendary English series Spitting Image; from drinking to drugs, from a failed first marriage to a successful second and the miracle of parenthood-the years only deepened Tony's need for the wisdom of his other and more real father, creating a bond that could not be broken, even by death. A startling departure for this acclaimed satirist, Father Joe is a sincere account of how Tony Hendra learned to love. It's the story of a whole generation looking for a way back from mockery and irony, looking for its own Father Joe, and a testament to one of the most charismatic mentors in modern literature.

Tony Hendra is an English satirist and writer who has worked mostly in the United States. Educated at St. Albans School (where he was a classmate of Stephen Hawking) and Cambridge University, he was a member of the Cambridge University Footlights revue in 1962, alongside John Cleese, Graham Chapman, and Tim Brooke-Taylor.