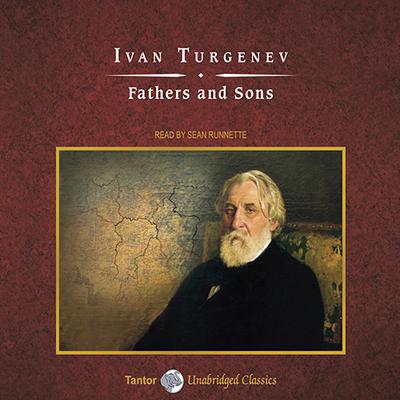 When Arkady Petrovich comes home from college, his father finds his eager, naïve son changed almost beyond recognition, for the impressionable Arkady has fallen under the powerful influence of the friend he has brought with him. A self-proclaimed nihilist, the ardent young Bazarov shocks Arkady's father by criticizing the landowning way of life and by his outspoken determination to sweep away traditional values of contemporary Russian society. Turgenev's depiction of the conflict between generations and their ideals stunned readers when Fathers and Sons was first published in 1862. But many could also sympathize with Arkady's fascination with its nihilist hero, whose story vividly captures the hopes and regrets of a changing Russia. Fathers and Sons is a brilliant work that captures the tension that existed among generations and class in the prerevolutionary era in Russia. This version of Fathers and Sons is the translation by Constance Garnett.

Ivan Sergeyevich Turgenev (1818–1883) was the first Russian writer to gain a wide reputation in Europe. He witnessed the February Revolution in Paris (1848), and his subsequent connection with reform groups in Russia, along with his sympathetic 1852 eulogy of Nikolai Gogol (who satirized the corrupt bureaucracy of the Russian empire), led to his arrest and one-month imprisonment in St. Petersburg. In 1879 the honorary degree of doctor of civil law was conferred upon him by the University of Oxford.