Stories of love and romance in 23 varieties

From the very first lovers, Adam and Eve, to what romance might be like in the future, this collection sparkles with whimsy and good old-fashioned romance. A veritable box of chocolates without the calories! Titles include:

"The Kingdom of Joy" by Mary Stewart Cutting
"Bread and Butter" by Henry Webster
"Mate in Two Moves" by Winston K. Marks
"The Beauty of the Village" by Mary Russell Mitford
"Miss Dulane and My Lord" by Wilkie Collins
"The Courtship of Susan Bell" by Anthony Trollope
"A Sandshore Wooing" by Lucy Maud Montgomery
"The Love of Frank Nineteen" by David Knight
"The Offshore Pirate" by F. Scott Fitzgerald
"Love in a Cottage" by Francis A. Durivage
"In the Moonlight" by Guy de Maupassant
"A Mixed Proposal" by W. W. Jacobs
"Captain Veneno's Proposal" by Pedro de Alarcon
"Adam and Eve's Diary" by Mark Twain
"The Love-Philtre of Ikey Schoenstein" by O. Henry
"A Pair of Boots" by F. Clifford Smith
"The Courting of Lady Jane" by Josephine Daskam Bacon
"Love Before Breakfast" by Frank R. Stockton
"Enderby's Courtship" by Louis Beck
"Lovers Leap" by Ellis Parker Butler
"The Courting of Sister Wisby" by Sarah Orne Jewett
"Edna's Sacrifice" by Frances Henshaw Badin
"The One Girl" by Henry Webster

Sarah Orne Jewett (1849–1909), novelist and short-story writer, was born and raised in South Berwick, Maine. The daughter of a country doctor, she received a lady’s education but maintained that her real learning came from her father, who fostered her writing talents and let her accompany him on his rounds. At age nineteen, she had her first short story published in the Atlantic Monthly. Her vignettes of the gently perishing glory of the Maine countryside and ports won her a place among the most successful of the local-color writers.

Guy de Maupassant (1850–1893) was a popular nineteenth-century French writer, considered one of the fathers of the modern short story and one of the form’s finest exponents. A protégé of Flaubert, his stories are characterized by their economy of style and efficient, effortless dénouement. Many of the stories are set during the Franco-Prussian War of the 1870s, and several describe the futility of war and the innocent civilians who, caught in the conflict, emerge changed. He authored some three hundred short stories, six novels, three travel books, and one volume of verse.

W. W. Jacobs (1863–1943) is considered a master of the macabre tale, mostly for his work The Monkey’s Paw, a classic horror short story. He was a master at weaving terror and suspense into scenes of everyday life. Nevertheless, his popularity in his own lifetime arose mostly due to his amusing maritime tales of life along the London docks.

Frank R. Stockton (1834–1902) was an American writer and humorist, best known today for a series of innovative children’s fairy tales that were widely popular during the late nineteenth century. 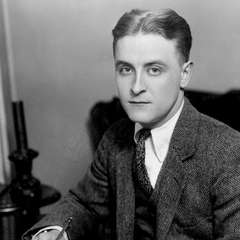 Ellis Parker Butler (1869–1937) was an American author of more than thirty books and more than 2,000 stories and essays.